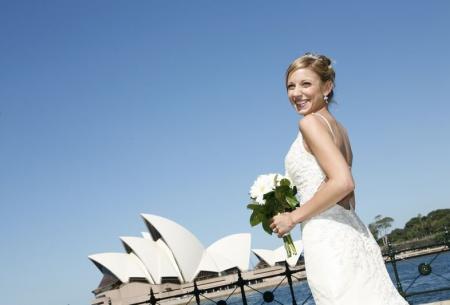 The World's Friendliest and Most Beautiful Harbour City.

The accolades were awarded by the surveyed readers of the world's largest-circulation travel magazines, Travel & Leisure and Conde Naste Traveller.

And in September, 2000, Sydney-siders hosted "The Best Olympics Ever!" (stated by the President of the International Olympic Committee, Juan Antonio Samaranch).

So what is it that makes this city so vibrant, exciting, electric and fun?

You are invited downunder to see for yourself....

Sydney is now the "hottest travel destination in the world!"

Research has found that Americans, British, Germans and Japanese, among others rated Sydneysiders (and Australians in general) as friendly, open-minded and easy going. Our relaxed, outdoor lifestyle is our number one attraction.

Other attractions include our spectacular beaches, gourmet food and wine, native animals and Sydney icons such as The Opera House and Bondi Beach. Asian visitors reported that they love our cities as being free of overcrowding, pollution and traffic or transport pressures.

New Zealanders rate us as being a 'fun place' - with our international shopping and nightlife as big priorities.

Australia is 'most desired destination in the world' for Americans, English, German and Japanese travellers.

You are totally spoiled by Sydney's magnificent wedding locations and surrounding photo opportunities.

Sydney enjoys a sub-tropcial South Pacific climate, making weddings in this pretty city a year-round consideration. September through to May (the warmer seasons in Sydney) are the most popular wedding months.

There is no place on earth like Sydney and Australia for your wedding and honeymoon dream!